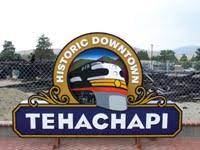 Tehachapi City Manager Greg Garrett has recommended that the City Council ask voters in November for approval to increase the sales tax within the city by 1 percent.

The council will consider Garrett’s request at a meeting Monday at 6 p.m. in the Community Room of the Tehachapi Police Department, 220 W. C St.

According to the website, Garrett says the current contract with Kern County Fire will draw an additional $4.2 million from the city’s general fund over the next six years because “the county has forced a non-negotiable full-cost recovery method on its nine contract cities.”

The website reports the fire contract was just one of a number of examples of federal, state and county actions Garrett said have either taken money from the city or required it to make expenditures because of unfunded mandates.

The current sales tax rate in the city is 7.25 percent, the state allowable minimum. The tax is collected on all retail sales within the city, including prepared foods and online sales.

The city receives about 1 percent of the tax collected from retail and restaurant sales and is apportioned part of the online sales tax that goes to the county.