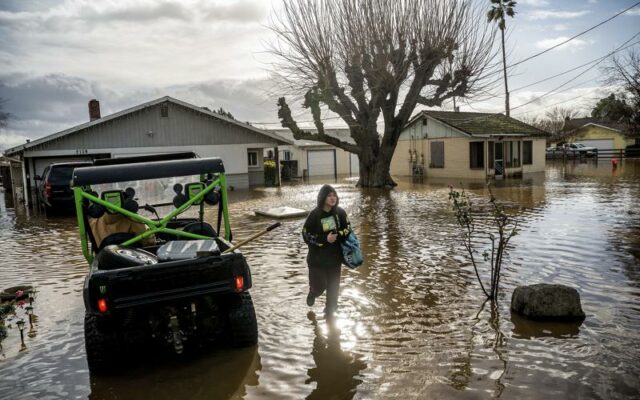 California worked  to clean up and repair widespread damage on Wednesday as the lashing rain eased in many areas, although thunderstorms led a new atmospheric river into the northern half of the state.

The plume of moisture lurking off the coast stretched all the way over the Pacific to Hawaii, making it “a true Pineapple Express,” the National Weather Service said.

The latest rains were expected to impact only impact Northern California, giving the south a break until more wet weather arrives by the weekend.

At least 17 people have died in the storms battering the state. The figure is likely to rise, Gov. Gavin Newsom said Tuesday during a visit to the scenic town of Capitola on the Santa Cruz coast that was hard hit by high surf and flooding creek waters last week.