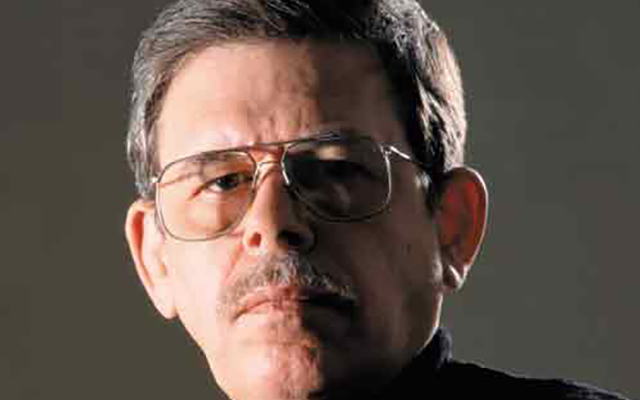 Somewhere In Time with Art Bell

Upon his retirement in 2007, Art Bell continues to be associated with Coast to Coast AM, the nationally syndicated overnight radio program he created, as host of the archived programs Somewhere in Time with Art Bell.   Known for his spontaneous and compelling conversations about all things unexplained, Bell has a keen intellect and an unpretentious curiosity for the bizarre.  With his style that reflects the calm qualities of the night, Bell once had a caller who claimed he was “the six-fingered alien hybrid.”  Bell’s response to him was “cool.”

As a child, Bell experienced a gypsy lifestyle since his dad was a marine colonel and his mom was a drill sergeant.  Following their footsteps, he pursued a career in the military that allowed him the opportunity to create an on-base pirate radio station.  After the military, he worked as a rock jock and chief engineer at 25 different radio stations around the world.  KSBK/Okinawa, the only English-language station in Asia, was where he earned a Guinness World Record for staying on air for 116 hours and 15 minutes.  And while at KENI/Anchorage, he organized a fundraiser and chartered a DC-8 to rescue 130 Vietnamese orphans stranded in Saigon at the end of the war.  American families eventually adopted each child.

Bell then moved on to television in the early 1980s where in Las Vegas he helped build “Time Mirror Cable” which is now “Cox Cable.”  However, his passion for radio eventually lead him to KDWN/Las Vegas in 1985 where he hosted an overnight talk program that could be heard in 13 western states.

Plagued with ongoing back problems, Bell decided to retire and named George Noory as his successor who took over in January 2003.  The program continues to be hosted by Noory today, and can be heard by millions of listeners on more than 570 stations in North America.

Bell has been profiled on Today and Larry King Live and has also been featured in Time Newsweek, People, Maxim, Los Angeles Times, New York Times, and Washington Post.  In addition, he made a guest appearance on NBC’s Millennium.  In 1997 and 1999, Bell’s peers at the National Association of Broadcasters nominated him for the Marconi Radio Award in the “Network/Syndicated Personality of the Year” category.  In 2007, Bell was honored with the “2007 R&R News/Talk Radio Lifetime Achievement Award.”