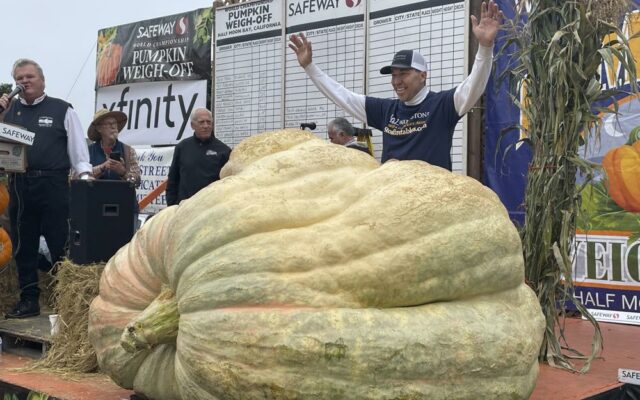 Gienger drove the gargantuan gourd for 35 hours to see his hard work pay off at the 49th World Championship Pumpkin Weigh-Off in Half Moon Bay, south of San Francisco.

Gienger, who also won the same contest in Northern California in 2020, broke a record set last week in New York where a grower raised a massive pumpkin weighing 2,554 pounds.

A grower in Italy holds the world record for the heaviest pumpkin. He grew a 2,702-pound squash in 2021, according to Guinness World Records.