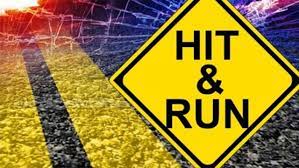 Officers with the California Highway Patrol responded to a major injury crash on Highway 119 east of Par Street around 3:38 a.m. Saturday where an unidentified driver fled the scene after hitting and killing a pedestrian on Highway 119.

A preliminary investigation showed a man was walking partially in the westbound lanes of Highway 119 when he was hit and killed by an unidentified driver in a gray Honda Accord.

The pedestrian was pronounced dead at the scene.

Officials say the Honda was later found abandoned near the crash sight.

Highway 119 between Gosford Road and Par Street was closed for about two hours during the investigation.

Anyone with any information regarding the incident is urged to contact the CHP at (661) 396-6600.