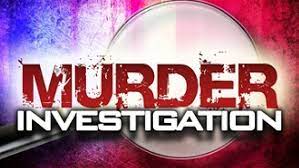 A $50,000 reward is being offered by Governor Gavin Newsom’s office for information leading to an arrest and conviction for the 1990 murder of 4-year-old Jessica Martinez of Bakersfield.

Jessica went missing while playing in front of her Bakersfield apartment complex on May 10, 1990. Her body was found in a field ten miles from the complex about ten days after her disappearance.

The Bakersfield Police Department reached out to the governor’s office to issue a reward in this case after all substantial leads had been exhausted. The Kern County Secret Witness Program has also offered a $10,000 reward.

The only suspect named by the Bakersfield Police for the abduction and murder of Jessica was convicted murderer and registered sex offender Christopher Lightsey, now 72, who is currently on death row.

Anyone with information regarding the case is urged to call the Bakersfield Police Department at 661-327-7111.