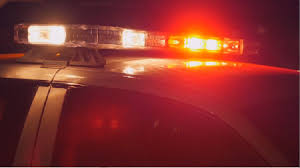 If leading by example means anything, the C-O-O of a vegetarian meat company shows eating meat is a good idea after he bit into the meaty end of a man’s nose in a traffic dispute gone bad.

53 year old Douglas Ramsey is facing battery charges after getting into a fight with another fan at a football game. Ramsey became enraged at the driver of a car that inched in front of him as both drivers tried to leave a parking garage. Police reports indicate Ramsey got out of his vehicle and punched through the back window of the offending car, then bit the man’s face ripping flesh from the tip of the victim’s nose.

The 53 year old executive of Beyond meat, a company that makes realistic plant based meat products is charged with a