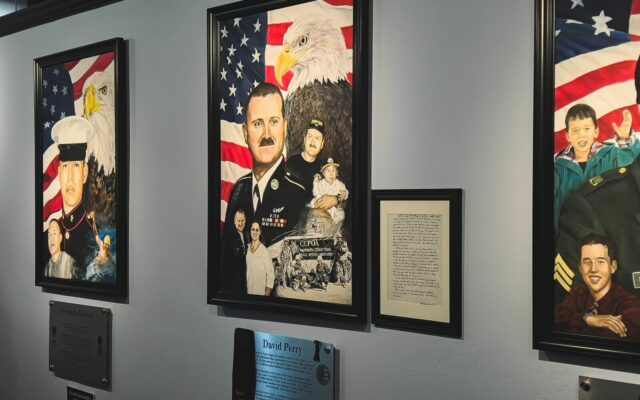 Fallen military police officer and National Guardsman David S. Perry is the latest inductee of the Portrait of Warrior Gallery in downtown Bakersfield.

Perry was killed by a bomb while serving in Iraq during Operation Iraqi Freedom in August 2003.

He served during Operation Desert Storm  from 1990 to 1991 as a military police battalion officer charged with prisoner care. He later worked as a corrections officer at Wasco State Prison.

Perry is the first national guardsmen who lost his life in the post-9/11 conflict.