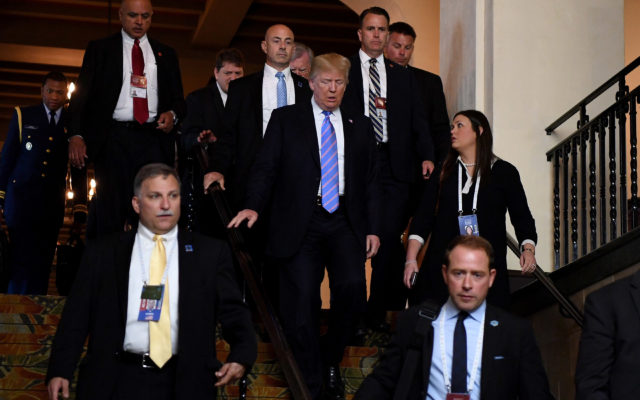 QUEBEC CITY, QC - JUNE 09: US President Donald Trump leaves the main building alongside White House Press Secretary Sarah Huckabee Sanders during the G7 Summit on June 9, 2018 in Quebec City, Canada. Canada are hosting the leaders of the UK, Italy, the US, France, Germany and Japan for the two day summit, in the town of La Malbaie. (Photo by Leon Neal/Getty Images)

The subpoena seeks access to a slew of Trump financial documents dating back to 2011, including personal records and records of various affiliated business and entities. Democrats pursued the subpoena after former Trump lawyer Michael Cohen testified to Congress in February that the president’s accountants routinely and improperly altered his financial statements — including some signed by Mazars — to misrepresent his assets and liabilities.

Barack Obama-appointed judge Amit P. Mehta’s 41-page opinion began by comparing President Trump’s concerns over congressional overreach to those of President James Buchanan, asserting that Trump “has taken up the fight of his predecessor.”

The judge added: “It is simply not fathomable that a Constitution that grants Congress the power to remove a President for reasons including criminal behavior would deny Congress the power to investigate him for unlawful conduct—past or present—even without formally opening an impeachment inquiry.”

CLICK HERE to read the original/full story from foxnews.com