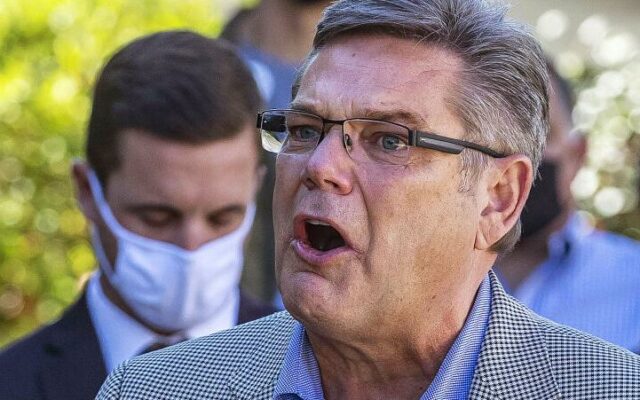 One year after a Fresno judge dismissed his lawsuit, the former pastor of St. Francis of Assisi Catholic Church in Bakersfield has settled his claim against the Roman Catholic Diocese of Fresno.

Law enforcement agencies in Bakersfield, Fresno and Merced began investigating Harrison in 2019 over alleged sexual misconduct charges leveled against him.  Authorities in each city declined to file criminal charges because of insufficient evidence or the statute of limitations.

In February 2020, Harrison filed a defamation lawsuit based on statements made by a diocese spokeswoman in a May 2019 article with Bay Area media outlet KQED.

Court documents indicate Harrison claimed that Theresa Dominguez’s statements were defamatory and claimed she endorsed the alleged victim’s claims that Harrison was a child molester.

Fresno Superior Court Judge Kristi Culver Kapetan dismissed the law suit in May 2021, saying Dominguez’s statements were made in connection with a matter of public interest, were statements of opinion rather than of fact and that Dominguez “did not recite any allegations from anyone.”

Harrison has two other pending lawsuits, one against his former mentee Ryan Dixon who went public with his own set of allegations against Harrison, and a third against watchdog organization Roman Catholic Faithful and its founder Stephen Brady for publishing what Harrison calls “false, malicious and reckless accusations.”

Harrison resigned from the priesthood in February 2021 after Bishop Joseph Brennan removed his authority to perform the duties of a priest in 2019 pending the outcome of the diocese’s investigation into the charges.