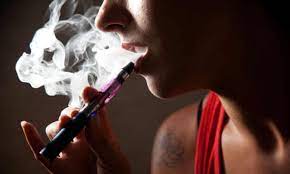 Juul E-Cigarettes are still on the shelves in stores after the FDA’s ban on them was blocked by a Federal court. The Federal Drug Administration had ordered Juul to stop selling its vape products, blaming the company for an increase in teens using them.

But Juul’s parent company, formerly known as Phillip Morris, was granted a petition to temporarily block that order to give it time to file an appeal.

In 2019, Juul was banned from advertising or offering fruity or dessert flavored vapes that could appeal to young people.