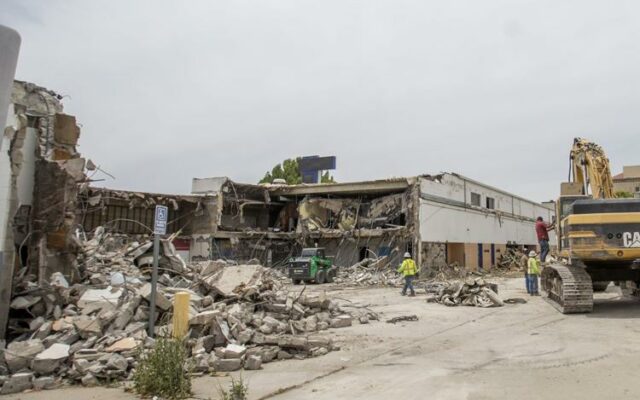 Demolition work has begun at the former Greyhound bus station in downtown Bakersfield.

Crews began bulldozing the 62-year-old building at the northeast corner of F and 18th streets Friday.

The building’s local owners have not disclosed final plans for redeveloping the three-quarter-acre property, however they have confirmed it is being considered for a possible apartment building.

City Councilman Andrae Gonzales, who represents Ward 2 in which the structure is located, told the Bakersfield Californian bulldozing the 20,850-square-foot property in advance of an approved redevelopment project was seen as beneficial because it eliminates risks that the structure’s vacancy could pose problems for surrounding businesses and downtown in general.

Earlier this year, the Greyhound operation moved next to the Amtrak train station on Truxtun Avenue.