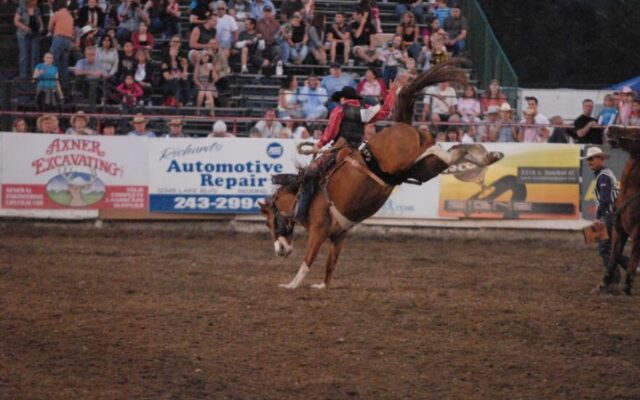 Several people were injured when a bull jumped a fence and escaped an arena during a popular Northern California rodeo.

The bull leapt over a fence then ran through a crowd of spectators and across a parking lot before it was captured near a bridge about a half mile from the arena.

At least six people were treated for minor injuries, including 15-year-old Jordan Greco, a sophomore at Redding’s Enterprise High School.

Greco told the Redding Record Searchlight the bull’s horn’s clipped his leg as the animal charged through the arena’s VIP section.

At least one person was hurt near the Sundial Bridge, where the animal was finally caught, placed in a trailer and returned to its ranch, according to Redding police Cpl. Aaron Holleman.

The incident occurred on the third day of the four-day annual rodeo.