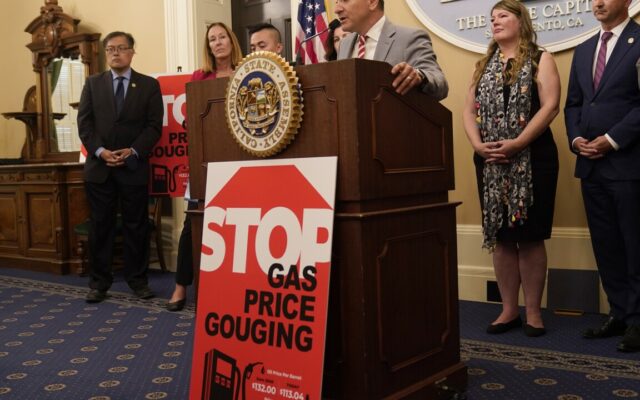 With California drivers paying more than $6 for a gallon of gas, lawmakers in the state Assembly on Monday announced they would investigate oil companies they say are “abusing an historic situation to suck profits from Californians’ wallets.”

A bipartisan committee has been formed to investigate gas price gouging, with plans to question oil companies, regulators and economists to find out why California’s gas prices are consistently the highest in the country, with the average price per gallon at $6.40 on Monday compared to the national average of $4.98.

As Democrats point fingers at the oil companies, many economists say prices are soaring because of Joe Biden’s energy policies.

On the campaign trail in 2020, Biden told a crowd he plans to get rid of fossil fuels.

On Day One as president, Biden shut down the Keystone pipeline, sending a message of no new pipelines anywhere, period. In the months that followed, he stopped all sales of leases to drill on federal lands or offshore, meaning zero new leases allowing oil to be brought out of the ground.

In 2019, Kern was ranked the #7 oil-producing county in the nation,  yielding 119 million barrels of oil and 129 billion cubic feet of gas annually, according to U.S. Energy Information
Administration data.