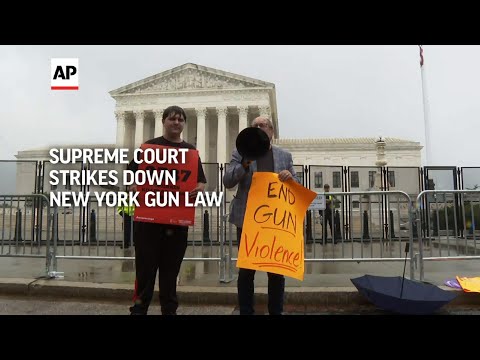 Gov. Gavin Newsom and his top law enforcement officials made the announcement Thursday after a U.S. Supreme Court decision invalidated California’s current law. The high court struck down a New York law requiring that people seeking a license to carry a gun in public demonstrate a particular need, such as a direct threat to their safety.

California is among a half-dozen states with a similar requirement.

Newsom calls the ruling a “dangerous decision from a court hell bent on pushing a radical ideological agenda and infringing on the rights of states to protect our citizens from being gunned down in our streets, schools, and churches.”

Lawmakers are amending legislation to expand the qualifications people must have to obtain a concealed carry permit, and to expand the places where no weapons may be carried. The revised bill will get its first hearing Tuesday, and lawmakers hope to send it quickly to Newsom for his signature.