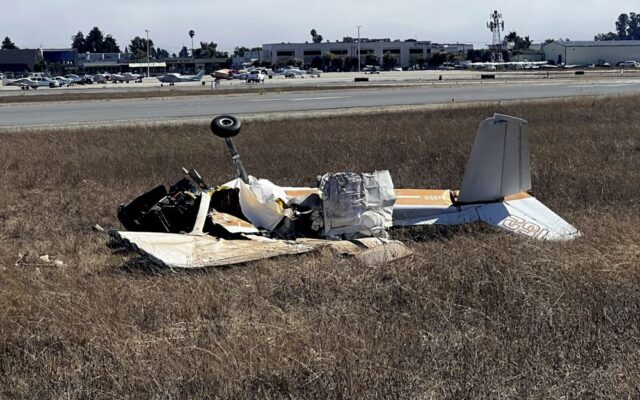 Three people and a dog were killed after two small planes collided in Northern California while trying to land at a rural airport.

The names of those killed after their planes crashed Thursday at the Watsonville Municipal Airport will be released once their families have been notified, the Santa Cruz County Sheriff’s Office said in a statement.

The Associated Press reports there were two people and a dog aboard a twin-engine Cessna 340 and only the pilot aboard a single-engine Cessna 152 during the crash, National Transportation Safety Board air safety investigator Fabian Salazar said.

“We have what appears to be one aircraft operating in a traffic pattern and one aircraft coming into the airport to land,” Salazar said.

The single-engine Cessna 152 was registered to Monterey Bay Aviation Inc., according to FAA records. The aircraft was listed for rent by the hour on the website of United Flight Services, a company based at the airport that provides flight instruction and aircraft rentals and maintenance.

The airport accounts for about 40% of all general aviation activities in the Monterey Bay area, according to the City of Watsonville’s website.

Watsonville, an agricultural town near Monterey Bay, is about 100 miles south of San Francisco.