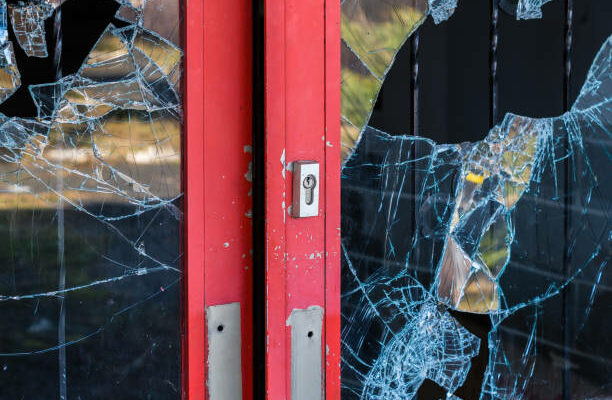 Police have arrested a Bakersfield woman on suspicion of vandalism after a glass door was kicked in at the Bakersfield City Fire Station in the 2100 block of H Street.

Raith McClenaghan, 38, of Bakersfield, was arrested around 5 p.m. Saturday after officers responded to the fire station for a report of vandalism.

McClenaghan was treated by firefighters who were on scene due to cuts from the broken glass.
Authorities say McClenaghan caused more than $1,000 worth of damage.