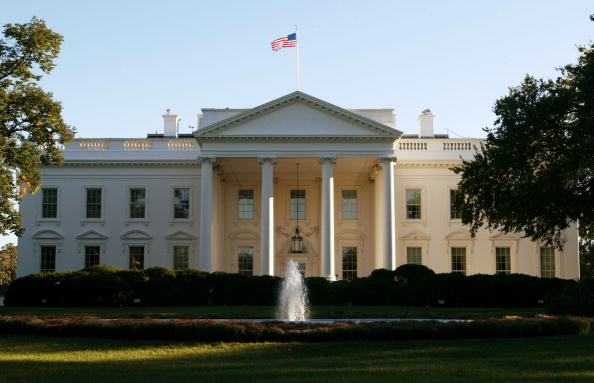 WASHINGTON - OCTOBER 2: An exterior view of the White House is seen October 2, 2003 in Washington, DC. According to a Washington Post/ABC News poll, nearly 70 percent of Americans favored to appoint a special counsel in the case of the leak of a CIA agent's identity that is now being investigated by the Justice Department. (Photo by Alex Wong/Getty Images)

In their latest clash over environmental issues, the White House announced on Thursday that talks with California had ended without an agreement on a controversial Trump administration proposal to roll back fuel efficiency standards for cars and trucks meant to reduce greenhouse gas emissions.

The state and the administration are both pointing fingers at each other, saying they were unable to reach an agreement on changes to the rules for cars and trucks that are now likely headed for a court battle.

The Obama administration hoped to drastically reduce greenhouse gas emissions that contribute to global warming, as well as other pollution that contributes to smog and health problems. The Trump administration said its proposal would result in a small increase in greenhouse gas emissions and fuel use among driver, but would also save lives by making it easier for Americans to buy newer, safer cars.

Acting EPA chief Andrew Wheeler has repeatedly said the administration wants a “50-state solution” that will be easier for automakers than if states have different requirements, but the breakdown in talks makes the future of that policy unclear. The administration says it will move to finalize its proposed rule, which will likely face more legal challenges from California and environmental groups that have already challenged the proposed rule.