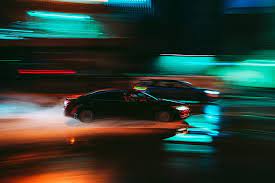 Two men charged in a massive street takeover in Bakersfield have entered not guilty pleas to gun and drug offenses.

Jose Torres, 19, and Simon Martinez, 20, both from Wasco, entered their pleas in a Kern County courtroom. Martinez also faces a charge of recklessly evading peace officers.

A group of  300 vehicles blocked streets and closed down a total of five intersections Saturday night at about 8:30 p.m. beginning at the corner of Brundage Lane and A Street. The takeover then moved to intersections in the east, northwest, and south portions of Bakersfield.  Participants assaulted police officers and harassed residents.

Bakersfield police confronted the group five times before breaking it up.

According to Bakersfield police, officers chased a vehicle allegedly driven by Martinez that traveled into opposing traffic lanes, turned its headlights off and reached speeds above 100 mph. Officers called off the chase for safety reasons but a sheriff’s helicopter tracked the vehicle until it crashed in the 8400 block of Oliver Street.

Police say Martinez and Torres were arrested and drugs and weapons were seized.

Six other people were arrested at different locations of the takeover event.