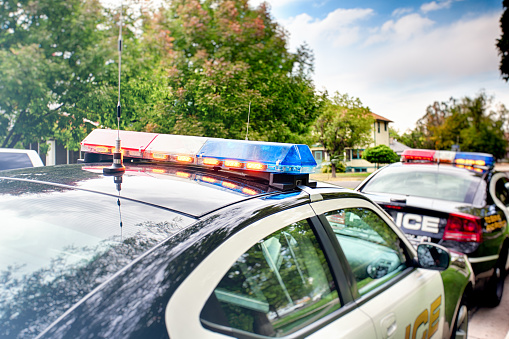 Two men and a juvenile were arrested Wednesday night for firearm charges after leading officers on a chase through east Bakersfield.

Officers attempted to pull the car over for several vehicle code violations, however Erik Galvan, 25, allegedly failed to stop and led police on a chase that ended when his vehicle crashed into a tree in the 2600 block of Oswell Street. Jose Arausa, 25, and a boy, 16, were also apprehended.

Authorities say Galvin had been struck by gunfire in his buttocks after a gun in possession of one of the passengers was accidentally fired during the chase.  Police say they recovered loaded firearms from the vehicle.

Galvin, Arausa, and the juvenile were arrested on gun-related charges.  Galvin faces additional charges of evading a peace officer.