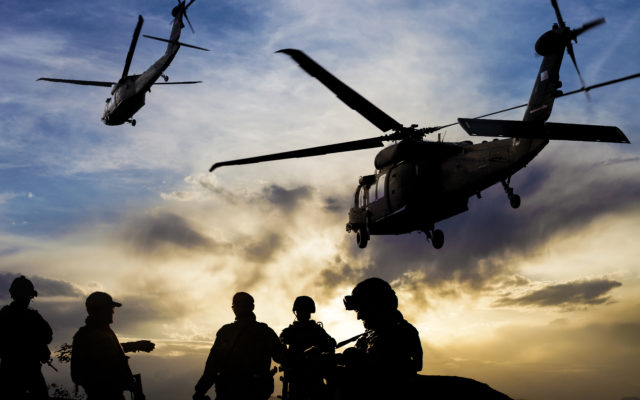 Silhouettes of soldiers during Military Mission at dusk

A U.S. airstrike killed Qassem Soleimani, the commander of Iran’s Quds Force and a top Iranian general, which has sparked fears of escalation. But one official said the plots may be far enough along to be carried out.

The assassination of perhaps the second most important official in Iran’s government, behind Ayatollah Khamenei, marked a major escalation in months of tension between the U.S. and Iran.

A senior State Department official said the “imminent attacks” would have targeted U.S. diplomats and troops in Iraq, Syria, Lebanon, and elsewhere in the region, “potentially” killing “hundreds of Americans.”

While the U.S. “remains committed to de-escalation,” according to State Department spokesperson Morgan Ortagus, it seems all but certain that Iran will retaliate, either directly, deploying the unconventional attacks of the Quds Force around the world, or through proxy forces, like KH in Iraq or Hezbollah in Lebanon, Syria, or elsewhere.

CLICK HERE to read the full article at www.abcnews.go.com