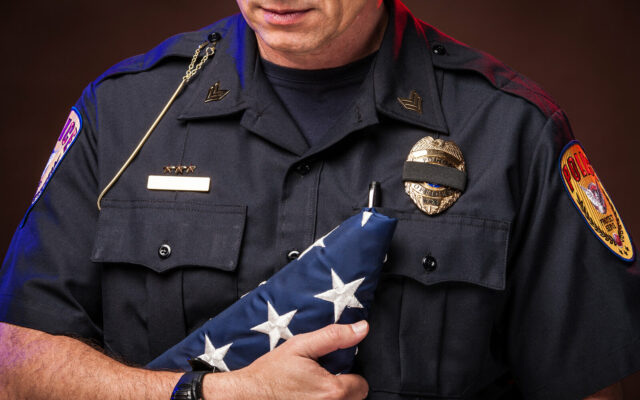 The Associated Press says a coroner’s report issued Saturday indicates Justin Flores, 35, died of a gunshot wound to the head and the manner of death was suicide, according to online records of the Los Angeles County Department of Medical Examiner-Coroner.

The officers were sent to the motel to investigate a report that a woman had possibly been stabbed.

Sheriff’s homicide Capt. Andrew Meyer has said that the officers confronted the suspect and gunfire erupted inside the motel room. The gunman ran outside and there was more gunfire with other officers.

Flores was on probation for a gun charge at the time of the shooting, which occurred a day after his probation officer requested that he return to court later in the month, court records show.

A public candlelight vigil for the slain officers was scheduled for Saturday evening on the front steps of the El Monte civic center.