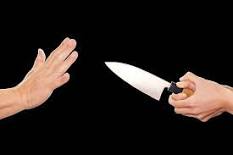 A convicted sex offender is behind bars in connection with the sexual assault of a woman dragged into a secluded area as she walked along a southwest Bakersfield avenue.

Sergio Venegas, 58, was arrested Tuesday on suspicion of assaulting the woman at knifepoint in the 4600 block of Ming Avenue. The woman told police she was walking alone when the man approached her.

Police say they retrieved property belonging to the woman from Venegas during the arrest.

Venegas was arrested on suspicion of sex-related offenses, robbery and kidnapping.

Police say Venegas is currently on parole on charges of assault with a deadly weapon and sexual assault.