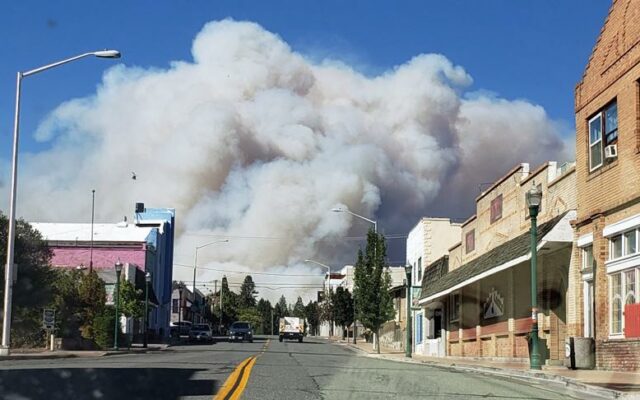 The Associated Press reports the blaze dubbed the Mill Fire started on or near the property of Roseburg Forest Products, a plant that manufactures wood veneers in Weed, CA. It quickly burned through homes, pushed by 35-mph winds, and by evening had engulfed 4 square miles of ground.

Annie Peterson said she was sitting on the porch of her home near the Roseburg facility when “all of a sudden we heard a big boom and all that smoke was just rolling over toward us.”

Very quickly her home and about a dozen others were on fire. She said members of her church helped evacuate her and her son, who is immobile. She said the scene of smoke and flames looked like “the world was coming to an end.”

Many places in the area were also without power. About 9,000 customers, many of them in Weed, were hit with electrical outages shortly before 1 p.m., according to electric power company PacifiCorp, which said they were due to the wildfire.