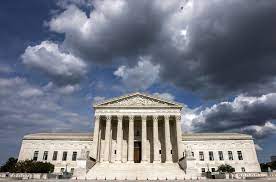 Advocates for abortion gathered in central Bakersfield Saturday as part of a nationwide effort calling for abortion rights.

Demonstrators with the “Bans Off Our Bodies” effort met at Jastro Park on Truxtun Avenue to call for the rights of women to have abortions on demand.

The rally in Bakersfield and cross the country were organized following a leaked draft opinion by the United States Supreme Court which indicates the court is poised to overturn Roe v. Wade, a landmark 1973 decision in which the court ruled that the Constitution of the United States protects a pregnant woman’s liberty to choose to have an abortion without excessive government restriction.

If the court overturns the decision, the move would allow states to determine their own abortion policies.

With more than two dozen states poised to ban abortion if the U.S. Supreme Court gives them the OK next year, California clinics and their allies in the state Legislature last Wednesday revealed a plan to make the state a “sanctuary” for those seeking reproductive care, including possibly paying for travel, lodging and procedures for people from other states.