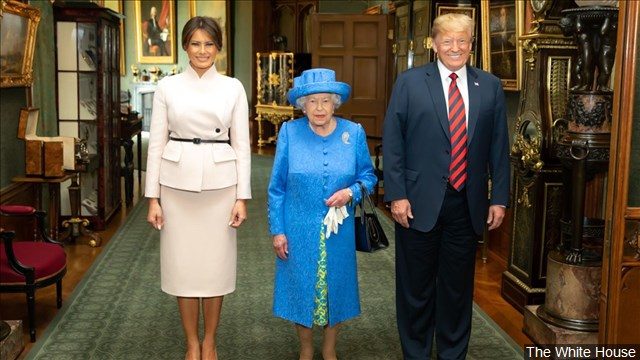 In a toast at a lavish state banquet held in President Trump’s honor at Buckingham Palace, the Queen recognized the common bonds between the United States and the United Kingdom, even as Trump arrived swinging at London’s mayor.

Though the queen used subtle language in reaffirming the security alliance, her message was unmistakable as stood beside a president who has at times stopped short of reaffirming the United States’ unqualified commitment to NATO’s common defense principle.

On Monday morning, President Trump and first lady Melania Trump touched down in London and then were received by the queen, Prince Charles, and Charles’ wife, Camilla, later Monday with an elaborate ceremony at Buckingham Palace.