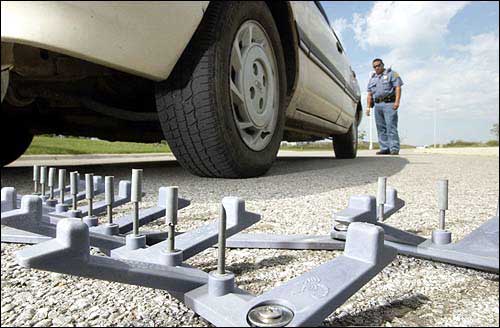 Two men are behind bars following a chase that began in east Bakersfield and ended in the southwest part of town.

Bakersfield police officers tried to pull over a vehicle identified as stolen near East California Avenue and Baker Street just after 10 p.m. Saturday, however the driver refused to stop and led police on a chase.

Officers used spike strips to slow down the Ford truck which eventually came to a stop at around 10:30 p.m. in a neighborhood near Castlepoint Street and Rockford Avenue.

The subjects inside the pickup were apprehended.  Their names have not been released.