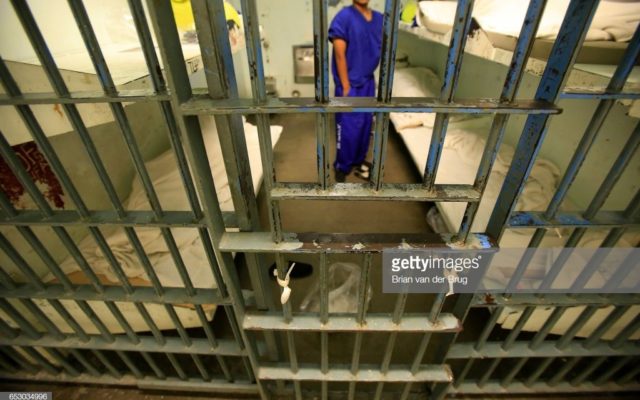 LOS ANGELES, CA - AUGUST 8, 2014: An inmate in a six-bunk cell inside the Men's Central Jail August 8, 2014 in Los Angeles. The cells rarely house all six inmates. Since the passage of Proposition 47, Los Angeles is among many counties that have witnessed a significant drop in the number of inmates housed in its jails, freeing up space to keep sentenced offenders behind bars for longer.(Photo by Brian van der Brug/Los Angeles Times via Getty Images)

A Redding, California woman who faked her own kidnapping will spend 8 months in prison and pay restitution, not for the stunt, but for the fraud she committed after coming out of hiding.

Sherri Papini disappeared in 2016, and police spent $200 thousand dollars looking for her and her kidnappers, only to see the 39 year old Shasta County woman reappear unharmed three weeks later. Later, authorities learned she had been with her former boyfriend about 600 miles away in Orange County, and that the improvised branding she said her kidnappers had inflicted on her and her swollen nose were all self inflicted to back up her story. She was found after she applied for disability insurance.

In addition to the time in jail, Papini was also ordered to pay restitution to the FBI, the California Victims Compensation Board, the Social Security Administration and the Shasta County Sheriff’s Department.