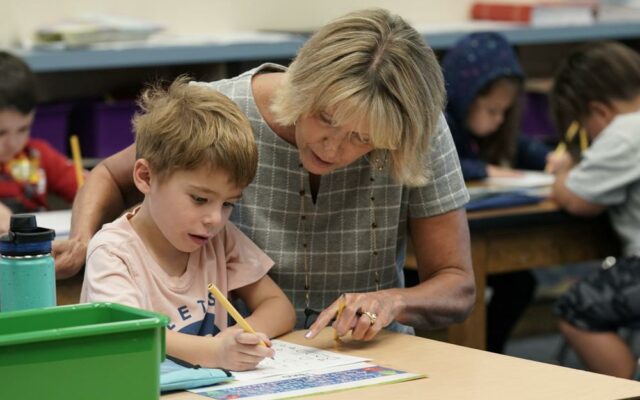 Beyond what they learn academically in kindergarten, students learn everyday routines: how to take care of class materials and how to be kind to their peers, according to Golden Empire Elementary School kindergarten teacher Carla Randazzo.

While developing those skills became more difficult for students going to school online during the pandemic, occasionally, a student entering first grade at Golden Empire didn’t attend kindergarten at all, Randazzo said. Nearly two-thirds of students at the Sacramento school are English learners.

“Those kids just start out having to climb uphill,” she said. “They need a lot of support to be successful.”

Randazzo always thought it was “peculiar” that kindergarten is not mandatory in California. For now, though, California won’t join 20 other states with mandatory kindergarten.

The Associated Press reports Gov. Gavin Newsom, a Democrat, vetoed legislation Sunday night that would have required children to attend kindergarten — whether through homeschooling, public or private school — before entering first grade at a public school.

Newsom cited the costs associated with providing mandatory kindergarten, about $268 million annually, which he said was not accounted for in the California budget.