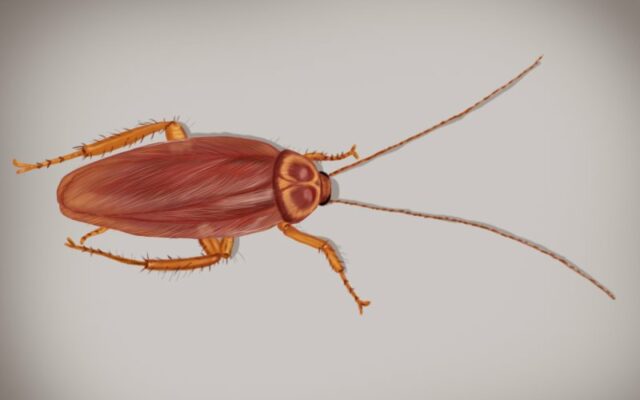 Hundreds of cockroaches that were released in the Albany, New York City Court left officials skin crawling as they tried to exterminate the pests and arrest the person who brought them in. The courthouse was closed after the roaches were discovered… they had been set free by a woman who hoarded the pests, then snuck them into the building during an arraignment and turned them loose.

The 34 year old woman responsible carried them in plastic containers and she was arrested and charged with disorderly conduct after she dumped them out on the floor inside the courtroom. The building was shut down for the rest of the day as exterminators did their best to deal with the mess.