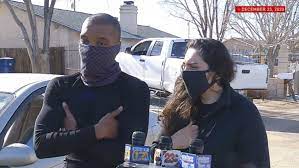 The adoptive parents of two young boys presumed dead after disappearing from their California City home are facing new charges.

Additional charges of involuntary manslaughter and conspiracy were filed Friday against Trezell and Jacqueline West who were arrested in March on suspicion of killing 4-year-old Orrin and 3-year-old Orson West.

The couple were indicted by the Kern County Grand Jury and now face a total of seven charges each:  two counts of second-degree murder, two counts of child cruelty, falsely reporting an emergency, involuntary manslaughter and conspiracy.

Prosecutors allege Orrin and Orson were killed about three months before the Wests reported them missing Dec. 21, 2020. Trazell West told authorities the boys disappeared from their yard after he left them alone to get firewood.

Numerous searches have been conducted and digging was performed at several sites in California City and Bakersfield.