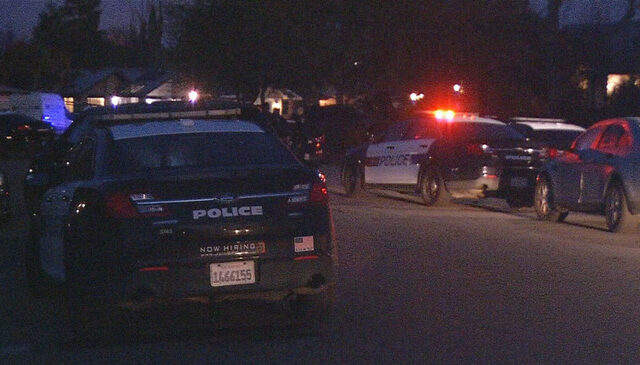 Bakersfield police were called to a home on Cibola Drive near White Lane and Gosford around 9 oclock last night (Tues 01-17-23) for a possible domestic violence sitution….A woman left the house as a man ..identified as 59 year-old Richard Firo….fired at officers with a rifle from inside the home….Officers fired back….no one was injured….

The home was surrounded by dozens of officers and two armored vehicles…Firo surrendered to officers about 3:30 this morning….