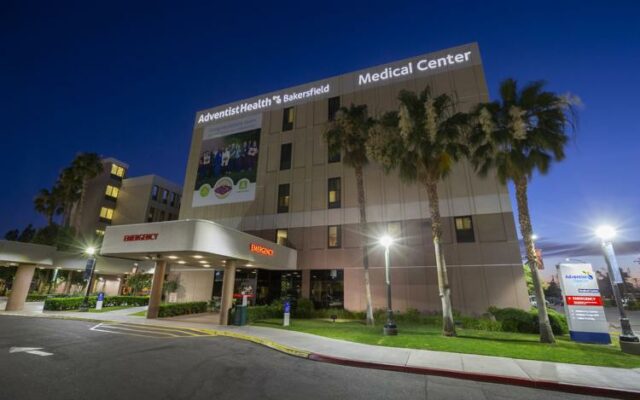 The head of Adventist Health in Kern County is urging local members of Anthem Blue Cross of California to contact the health plan and ask that it raise its reimbursement rates to the nonprofit hospital chain.

Speaking at a morning news conference at Adventist’s hospital campus on Chester Avenue, hospital President Daniel Wolcott warned that the chain may be forced to terminate its contract with the insurer at 12:01 a.m. Monday, thereby forcing patients to seek care elsewhere, unless the two sides can agree on new rates covering Adventist’s higher costs since the start of the pandemic.

Bakersfield.com reports Anthem spokesman Michael Bowman countered that the insurer has offered rate increases but that Adventist has rejected them. He added that the contract dispute affects only commercial plan members, and that Anthem’s local members have the option of seeking care at other hospitals with which it has a contract, including Bakersfield Memorial, Mercy Hospital, Kern Medical and Bakersfield Heart Hospital.

Bowman also emailed a statement saying Anthem has been negotiating in good faith and that, while it appreciates hospitals are facing labor, supply and other cost pressures, “the realty is that employers across the country, including those we serve here in California, are facing those same pressures.”

The contract dispute could affect tens of thousands of local residents who get their care through Anthem.