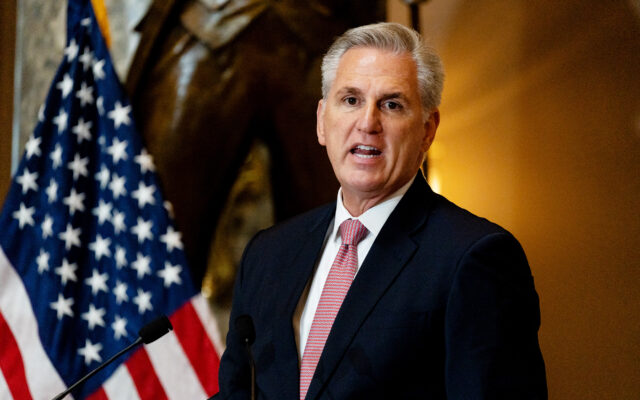 Bakersfield Congressman Kevin McCarthy is speaking out on the nation’s financial woes.

The House Minority Leader said Friday he hopes to bring back renewed hope for the future of the economy. McCarthy claims the economy’s deep financial woes have been caused by Democrat policies.

A statement released by McCarthy’s office said: “House Republican Leader Kevin McCarthy (CA-23) made it clear that the House of Representatives, under a Republican majority, would serve as a check against the reckless inflationary spending by the Biden administration and he committed House Republicans to an agenda that puts America first.”

Data from the commerce department shows the U.S. economy shrank from April to June, the second straight quarter where the economy declined.

The technical definition of a recession is “a period of temporary economic decline during which trade and industrial activity are reduced, generally identified by a fall in GDP in two successive quarters.”

However the White House has refused to acknowledge the nation is in a recession.  Several media outlets have taken the White House to task for attempting to redefine the term.