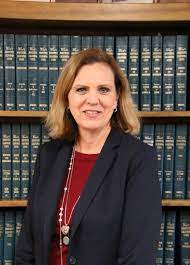 Dulcich is the first local judge since 1967 to be appointed to the Judicial Council, according to the court news release.

“The council is made up of a diverse group of judges, court executives, attorneys, and legislators,” Cantil-Sakauye said in a news release. “Together we bring our varied perspectives to ensure the administration of justice is consistent, impartial, and accessible for the people of California.”