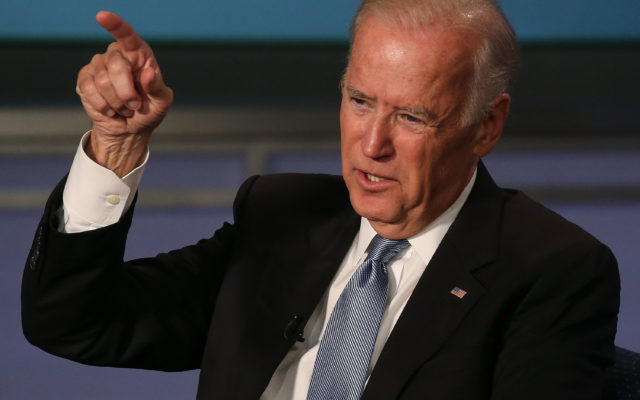 A second woman has come forward to accuse former Vice President Joe Biden of inappropriate touching, further complicating the prospective presidential candidate’s political future and intensifying what has become a social media reckoning on his previous public behavior with women.

Amy Lappos, 43, first told the Hartford Courant in an interview published Monday that Biden grabbed her during a $1,000-per-plate October 2009 fundraiser for Connecticut Democrat Rep. Jim Himes. Lappos, who initially posted about the episode on Facebook on Sunday, was working as an aide for Himes at the time.

In a statement to Fox News Monday afternoon, Lappos said she was speaking out “because I am so disappointed in my party, the Democratic Party, and the way we have treated Lucy Flores. … Biden’s statement in response to Lucy’s article was not only disturbing it was disgusting. I stand my Lucy and any woman with the courage to come forward regarding men and they way they treat women.”

Lappos added: “Uninvited affection is not okay. Objectifying women is not okay. Men who invade a woman’s personal space, touch women inappropriately, sexually harass women and feed rape culture have no place in a position of power. Referring to this type of behavior as “simply affection” or ‘grandpa-like’ or ‘friendly’ is ridiculously dismissive and part of the problem. Saying ‘but Trump….’ is dangerous and sets the bar for democratic men far below where it should be.”