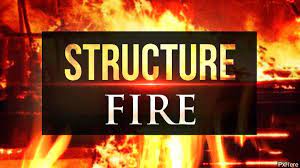 City and county firefighters were called to a duplex in east Bakersfield around 5:15 Wednesday evening.

Six adults and two pets were displaced from their homes on Oregon Street near Sterling Road. The two units at the duplex and nearby fences at the property were destroyed in the fire which took more than fifty firefighters about an hour to put out.

An hour earlier, around 4 o’clock, two people were displaced when a vehicle fire spread to the roof of their home on Gambel Oak Way near Mountain Oak Road in southwest Bakersfield.

No one was injured in either blaze.  Investigators are working both cases.