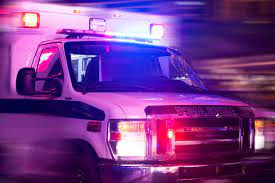 A man has been killed in a single-car crash on East Belle Terrace in Bakersfield.

The Highway Patrol says the victim was driving a 2004 Nissan east on East Belle Terrace, east of Bunting Drive early Saturday morning when he veered off the roadway and onto a dirt shoulder.

He was ejected from the car and was pronounced dead at the scene.

There’s no word if drugs or alcohol played a part in the accident.