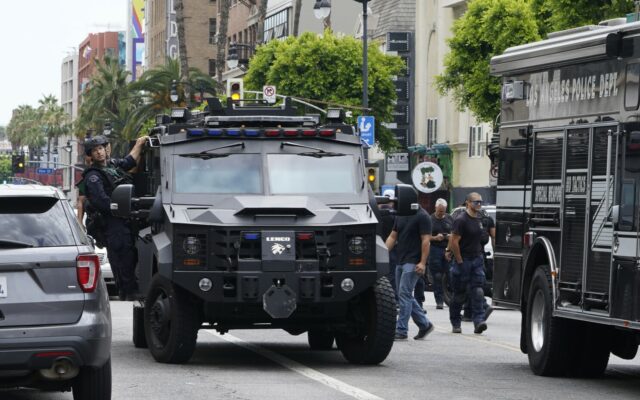 A man who allegedly opened fire near the popular Hollywood Farmers’ Market over the weekend has been charged with several firearms offenses.

Officers responded around 7:30 a.m. to reports of gunfire on a residential block near the farmers market where vendors set up stalls every Sunday morning.

According to the Associated Press, prosecutors said Tuesday Joseph DeLaCruz had allegedly threatened a woman with a gun and then started shooting from his apartment’s balcony. The bullets damaged buildings and a vehicle, but no one was hit. He also allegedly broke through the wall of his apartment into his neighbor’s unit.

DeLaCruz, 42, is charged with shooting at an inhabited dwelling, as well as first-degree burglary with a person present, and other offenses. It was not immediately clear whether he had an attorney who could speak on his behalf.

DeLaCruz was taken into custody following an hourslong standoff with police.