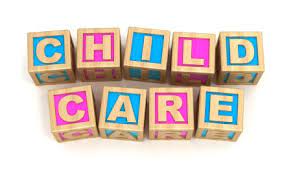 A new survey indicates childcare in California is some of the most expensive in the country.

KRON-TV reports the Golden State ranks No. 4 in the nation for childcare costs, according to the 2022 Cost of Care Survey by Care.com.

The cost of hiring a nanny in California is 19% higher than the national average of $694.

Daycare is a much more affordable option, but is still pricey in California. The weekly rate for daycare at a childcare center is $286, according to the survey, which is 26% more than the national average of $226.

KGET-TV reports the only spots in the country while childcare costs more than in California are Washington, Massachusetts, and the District of Columbia, the Care.com survey found. D.C. has a weekly nanny rate of $855 and a whopping weekly childcare rate of $419.

Nationwide, the cost of childcare is going up. Fifty-eight percent of families expect to spend over $10,000 on childcare in 2022, up 13 points from 2019. Over half of families say they spend at least one-fifth of their income on childcare, up from 31% in 2019. The United States Department of Health and Human Services defines affordable childcare as costing 7% of income.