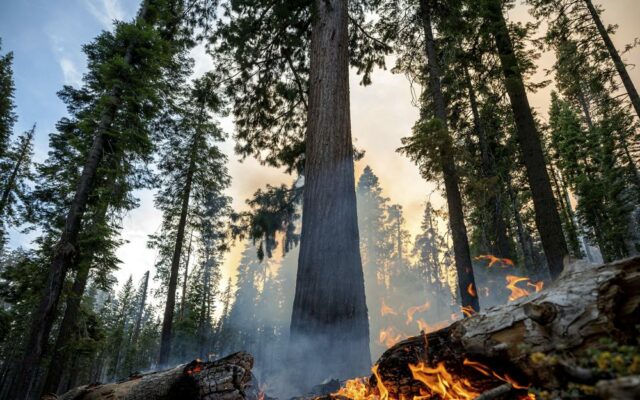 A wildfire threatening the largest grove of giant sequoias in Yosemite National Park more than doubled in size in a day, and firefighters were working in difficult terrain Sunday to protect the iconic trees and a small mountain town.

According to the Associated Press, campers and residents near the blaze were evacuated but the rest of the park in California remained open, though heavy smoke obscured scenic vistas and created unhealthy air quality.

More than 500 mature sequoias were threatened in the famed Mariposa Grove but there were no reports of severe damage to any named trees, including the 3,000-year-old Grizzly Giant.

Officials say a sprinkler system set up within the grove kept the tree trunks moist and officials were hopeful that the steady spray of water along with previous prescribed burns would be enough to keep flames at bay.

The cause of the Washburn Fire was under investigation. It had grown to nearly 2.5 square miles by Sunday morning, with no containment.