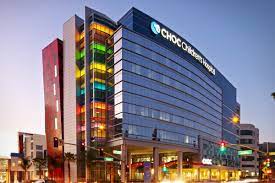 SANTA ANA, Calif. (AP) — A woman who dropped her 7-month-old son to his death from a Southern California hospital parking structure was sentenced Wednesday to 25 years to life in prison.

According to the Orange County Register, Sonia Hermosillo, 42, of La Habra, told a judge that she was sorry for killing Noe Medina Jr. in 2011 and wanted to be reunited with her family.

On Aug. 22, 2011, Hermosillo drove the child to Children’s Hospital of Orange County, where he had been undergoing treatments for several medical problems including flat-head syndrome and a congenitally twisted neck, although he didn’t have an appointment that day, prosecutors said. She then went into the hospital, validated her parking and drove away, authorities said.

According to trial testimony, Hermosillo had struggled with mental health issues after the birth of the boy.

In an interview with police, Hermosillo described having “hate, resentment and anger” toward the infant “because he’s sick,” prosecutors said.

Hermosillo was convicted of murder last year and was found legally sane at the time of the killing.