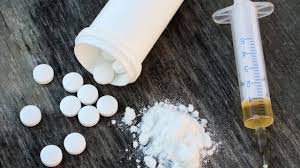 Seventeen people were arrested and nearly 500,000 counterfeit pills were seized during a federal crackdown on drug traffickers suspected of bringing phony pharmaceuticals laced with fentanyl and other illicit narcotics into California from Mexico.

The Associated Press reports the two-year investigation led to the indictment of 26 defendants, with nine suspects still being sought by the Drug Enforcement Administration.

The U.S. Department of Homeland Security says the traffickers based in Sinaloa, Mexico, are accused of smuggling counterfeit pharmaceutical pills laced with fentanyl, heroin, methamphetamine, and cocaine into the U.S.

In addition to the pills, agents seized more than 50 kilograms of methamphetamine, 10 kilograms of cocaine and $230,000 in assets.