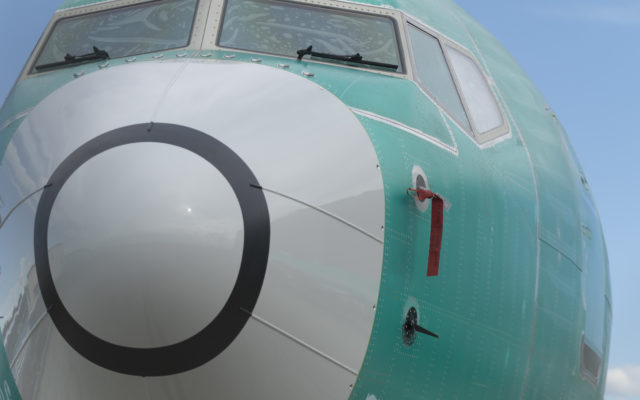 RENTON, WA - MARCH 22: One of two sensors that measures the angle of attack is pictured at bottom on a Boeing 737 MAX 8 airplane outside the company's factory on March 22, 2019 in Renton, Washington. The sensor and the associated software are at the center of a safety investigation after two 737 MAX airliners crashed within five months of one another. (Photo by Stephen Brashear/Getty Images)

The U.S. Department of Transportation will establish a “special committee” of outside experts to independently review the FAA’s certification of the Boeing 737 Max, amid questions that have arisen about the relationship between Boeing and the FAA. The committee’s findings and recommendations will be submitted to Transportation Secretary Elaine Chao and the FAA administrator.

The announcement comes ahead of Chao’s scheduled appearance before the Senate Transportation, Housing and Urban Development, and Related Agencies subcommittee budget hearing on Wednesday morning. Federal authorities have instructed Boeing and FAA employees to retain documents relating to the plane’s approval process, which by design relies on manufacturers like Boeing to self-police that it’s met FAA requirements.

Chao’s team is preparing for a grilling from concerned lawmakers, and Chao said in a statement, “This review by leading outside experts will help determine if improvements can be made to the FAA aircraft certification process.”