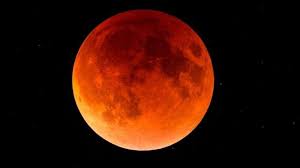 A lunar eclipse was the talk among Kern County residents Sunday night.

A lunar eclipse, often called a Blood Moon, occurs when the sun, earth and moon align and the moon passes into the earth’s shadow.

A Blood Moon happens because the sunlight shining directly onto Earth passes through the atmosphere and is projected onto the moon, giving it a red tone during the eclipse.

“This same effect is what gives sunrises and sunsets a reddish-orange color,” according to NASA.

The best view of the eclipse occurred at around 9:00 p.m. Sunday.