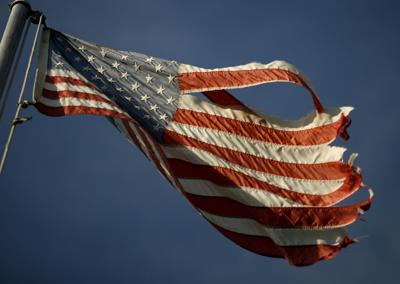 American flags will be retired at Greenlawn Southwest Cemetery on Flag Day.

On Tuesday, June 14, 2022, Greenlawn Southwest will be honoring National Flag Day with an official Flag Retirement.

Anyone with an American flag that has been torn, tattered, faded or beyond repair can have it burned in an official ceremony at Greenlawn’s crematory.

The cemetery says over 2000 American Flags will be honored.

The event will begin with a special flag folding conducted by the Young Marines at 10am, along with a ceremony with gun salute and taps followed by a Flag March to the crematory by local branches of our U.S. military. Also participating in this year’s event will be the Sons of American Revolution, Bakersfield firefighter’s Pipers and Drums along with local dignitaries and state officials.

The Young Marines will conduct a “Let’s Fill the Bus” flag collection event on June 10th at KGET-TV at 2120 L Street  from 11am-5pm for those individuals who want to drop off their flags.

This is in addition to the two Greenlawn locations, Wood Family Funeral in Tehachapi and two Basham Funeral Care locations in Bakersfield and Shafter.

This will be the fourth year that Greenlawn is participating in the event.