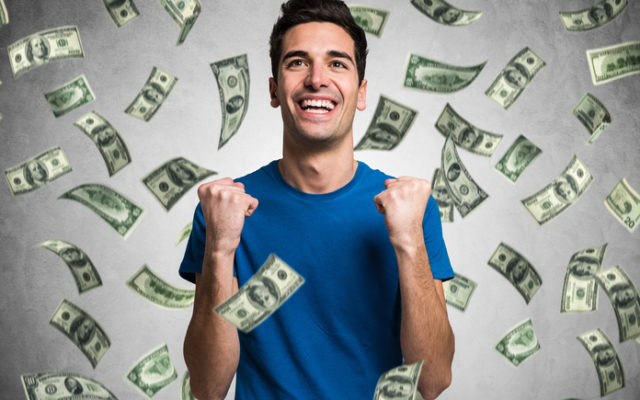 According to the Detroit Free Press, a driver had accidentally left the cash in a box on the bumper of his truck and driven off north on Beacon Boulevard in Grand Haven, sending the bills scattering. Grand Haven is a city of about 11,000 residents along the eastern shore of Lake Michigan.

A portion of the money, $2,470, was immediately retrieved by some witnesses and responding police, the Free Press reported. But other people grabbed fistfuls of dollars and fled.

Now police are hoping that any motorists or witnesses who stopped to scoop up some of the money for themselves will do the right thing and return it.

“Anyone that picked up money is asked to turn it in at the Grand Haven Department of Public Safety,” Jeff Hawke, director of the department, wrote in a Facebook post.