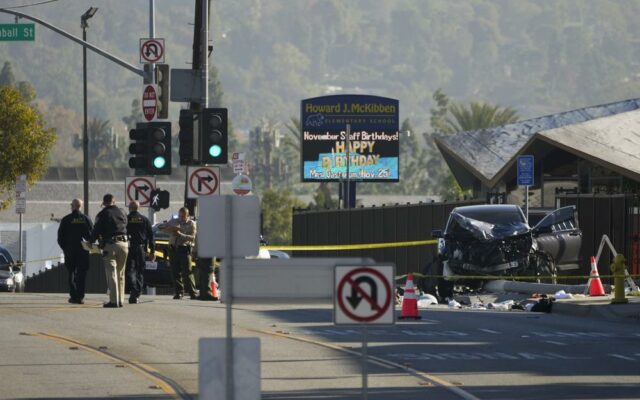 A vehicle that struck 22 Los Angeles County sheriff’s recruits on a training run this morning (Wed)..critically injuring at least five of them, ….was traveling on the wrong side of the road just before the crash in the city of Whittier  where a training academy is located….. About 75 recruits were running in formation northbound in the street when the southbound vehicle veered into the opposing lane and struck the victims.